Peter Hope Jones, who has died aged 85, was a much-loved figure in Welsh ornithology, but his most important contributions to seabird conservation were made while working in Scotland.

In Orkney between 1976 and 1978 he lived on the edge of Scapa Flow, established trial cliff sites for annual monitoring of guillemots, razorbills and other seabirds, and set up year-round beached seabird counts. This was part of the government’s and RSPB’s response to the pumping of North Sea oil to Orkney, with implications of spillage and the destruction of breeding and wintering seabirds.

He also devised a system for collecting bodies of oiled birds to be measured, aged and sexed – previously they had just been buried. This became standard practice for future oiling incidents, and in 1978 the RSPB seconded Peter to help with the Amoco Cadiz and Christos Bitas wrecks.

After Orkney he moved to Aberdeen (1979-82) to set up the Nature Conservancy Council’s Seabirds at Sea team. The remit was to map the distribution of live seabirds in the North Sea, to help inform the possible impact of oil pollution. This was of course before all the new methods of tracking individual seabirds were available. Relying heavily on the goodwill of oil companies and others, they went out on ferries, supply boats, fishery protection and research vessels, and visited oil and gas platforms; in 1979 Peter stayed on a platform for five weeks. The results showed where birds congregated and which areas were most vulnerable to oil spills at different times of year.

The haphazard course of his working life presented Peter with a multiplicity of opportunities for researching and writing about birds and nature. From its beginnings on Fair Isle to his retirement years on Anglesey, this included spells working in France, Scotland and the US, and research, monitoring, conservation and photography in his beloved Wales.

Born in Oswestry, Shropshire, a few miles from the Welsh border, Peter was brought up in Prestatyn. His mother, Menna (nee Evans), came from Llanrhaeadr-ym-Mochnant, where his father, Stan Hope Jones, worked for the Midland Bank. Peter went to Rhyl grammar school, and out of school he lived on his bike, taking up birdwatching, influenced by Edmund Sandars’ A Bird Book for the Pocket.

In 1953 he arrived at the University College of North Wales Bangor (now Bangor University) to study forestry. There he began counting wildfowl on Anglesey’s lakes and estuaries. He also played hockey for the college 1st XI. During his second year he suffered from clinical depression, and had to drop out. 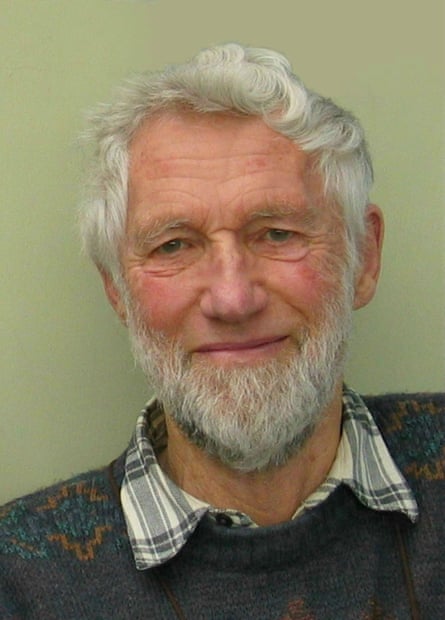 After working at the observatory on Fair Isle (1956-57) he moved to the Camargue, in the south of France, helping to ring birds at the Tour du Valat research station. In 1960 Peter became the Nature Conservancy’s warden naturalist for Newborough Warren on Anglesey, where his work included protecting breeding Montagu’s harriers. He became friendly with the wildlife artist Charles Tunnicliffe, finding recently dead birds for Charles to use as specimens for his illustrations and paintings.

He married Jill Wild in 1964. The following year Peter moved to Meirionnydd, with nine national nature reserves under his wing. In 1968 a Winston Churchill memorial award took him for two months to the US, studying wildlife conservation and management. In 1973 he resigned from his post in Meirionnydd following the breakup of his marriage.

After his mid-career adventures in Scotland, Peter returned to Anglesey and conducted counts of seabirds and cetaceans in the Irish Sea from the research vessel Prince Madog. He also spent much time on Bardsey island. He had long been an obsessive collector of references to it, and his Natural History of Bardsey was published by the National Museum of Wales in 1988. Ten years later Between Sea and Sky, a collection of Peter’s photographs from Bardsey, was published; accompanying each is a quotation from the poetry of his friend RS Thomas, who visited Bardsey frequently.

Retirement came in 1994. His next project – Birds of Anglesey, Adar Mon, with Paul Whalley – finished up as a very large bilingual book (he was as comfortable speaking Welsh as English, depending on his audience). In 2001 in an article published in the then new wildlife journal Natur Cymru he wrote about the spirituality of nature reserves such as Bardsey, which for him was a product of ethics and human consciousness rather than theistic religion.

Peter (or Peter Hope as he always announced himself) combined the precision of a scientist with a poetic sensibility, and influenced a generation of naturalists as much through his unique combination of personal qualities as through his work. He exhibited a vulnerability born of his struggles with depression, an engaging and giving personality, always looking for things to do for others, and a thoughtfulness that connected the detail of any subject under discussion with a holistic and philosophical turn of mind.

Country diary: the sacred giants of the dung-beetle world

My country may be swept away by the climate crisis if the rest of the world fails to uphold its promises | President David...

Country diary: crickets in the bushes, staring eyes in the water

Is air pollution making the coronavirus pandemic even more deadly?

Missing lynx: how rewilding Britain could restore its natural balance