Australia’s chief scientist, Alan Finkel, has warned the country is not doing enough to lift energy efficiency, and described measures to save electricity as the “best form of energy generation you could possibly ever hope to have”.

Speaking in his role as chair of a panel advising the Morrison government on a low emissions technology statement, Finkel told an industry seminar that Australia had ongoing issues with energy efficiency and productivity, and noted a national energy productivity plan, agreed by federal and state energy ministers in 2015, did not appear on a list of national climate and energy policies.

“I don’t think we’re anywhere close to having that nailed,” he said on energy efficiency. “There is no lack of appreciation from myself or my colleagues on the taskforce … that a gigawatt of power not needed because you’ve done an efficiency measure is the best form of energy generation that you could possibly ever hope to have.”

Finkel’s view is in line with a raft of groups from across Australian society that are calling for federal and state governments to back an energy-efficiency drive for homes and other buildings to help address both the coronavirus-triggered recession and the climate crisis. Many have called for policies that focus on social and low-income housing.

Buildings are responsible for nearly a quarter of national greenhouse gas emissions. The organisations calling for better energy efficiency say it could cut emissions, create tens of thousands of jobs and, unlike some other proposed stimulus measures, be delivered immediately. 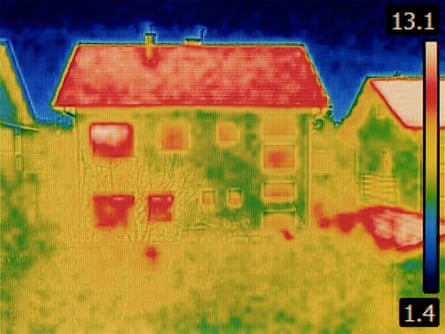 Four separate reports on the issue were released last week. In one, more than 50 social, property, business, environment and other groups called for an energy efficiency and solar package focused on low-income houses.

The 50, led by the Australian Council of Social Service (Acoss), said the government’s HomeBuilder stimulus program had helped high-income earners planning expensive renovations, but failed to do anything for those most in need, or to cut emissions.

“Every dollar spent goes towards helping people most in need, creating jobs and cutting emissions, with every dollar saved on energy bills for a person on low income being spent back into the economy to create more jobs,” she said.

The thinktank proposes a target of 2.5m “deep energy retrofits” to existing homes and the construction of 150,000 7.5 star-rated energy efficient social houses over five years. The group says a 7.5 star rating for new social housing would cost only 1-2% more to build than the current 6-star standard, and the additional cost would be quickly recovered through energy savings.

It says one option to pay for the retrofits to privately owned homes would be the introduction of energy services agreements similar to those used to pay for mobile phone. People would pay a monthly energy services bill administered by a government agency. It would lead to money currently spent on energy bills being diverted to create jobs in the home retrofit industry.

Beyond Zero Emissions estimates the social housing element of the package would require about $8.2bn a year, possibly paid for through an expansion of the $1.5bn national housing and homelessness agreement.

Another report, from the Property Council and three climate-focused industry bodies, suggested measures aimed at social and low-income housing and tax incentives for improving commercial buildings could cut total household and business energy bills by $4.8bn a year while creating more than 90,000 “job years” of employment and reducing both emissions and the risk of power shortages.

They said it could also cut the amount of gas used by households by 940m gigajoules over a decade – enough to provide nearly a quarter of the manufacturing sector’s gas needs.

Ken Morrison, the Property Council’s chief executive, said Australia’s long-term prosperity would depend on dealing with other long-term challenges beyond the pandemic, including a transition to net zero emissions. “Business, industry and consumer groups are united in calling on the government to make sure that our economic recovery efforts includes a focus on addressing this issue,” he said. 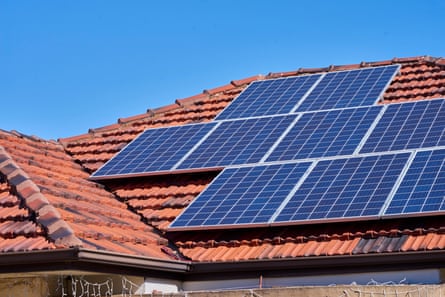 The groups calling for energy efficiency improvements are part of a push including global organisations, banks, major institutional investors and some governments, for a green recovery from the Covid-19 shutdown.

A report by the International Energy Agency released last week found governments were planning to spend US$9tn globally on rescuing their economies from the coronavirus crisis, and the stimulus packages created this year would determine the shape of the global economy for the next three years. It warned emissions must start to fall sharply and permanently within that time or climate targets will be out of reach.

The Morrison government and its National Covid-19 Coordinating Commission have emphasised gas, a fossil fuel, as being central to pandemic recovery.

Finkel told the online seminar hosted by the Australian Alliance for Energy Productivity on Wednesday that the government was considering backing climate-friendly technology as part of its recession response.

Noting European countries had made a huge commitment to invest in green technology, the chief scientist said: “That kind of stuff is under consideration. I’m personally optimistic that there will be some directed-investment into these kinds of technologies.

“Will we do it, population adjusted, at that sort of [European] scale? I’m not sure that we will, but I’m pretty confident it will be non-zero.

“That’s a very broad band that I’ve given you – between a baseline zero and an upper limit of a population adjusted European approach – but I just have some confidence that the government gets it and wants to do something in this space.”

Is the boom in communal living really the good life?

From dolphins to rewilding: 11 environment-aware holidays for 2021

Country diary: how wayside walnuts grew to benefit the community

Just like Australia, disinformation is thriving during the US fire crisis | Jason Wilson