News from around the world

US senators have called for pork producers to be given financial assistance to ensure the “humane euthanization and disposal” of up to 7 million pigs that could be left on-farm due to the high number of meat processing plants in the country either temporarily shut down, or having to slow down because of the coronavirus pandemic. The disposal of farm animals could also have serious consequences for air and drinking water.

President Trump ordered meat plants to stay open despite thousands of cases linked to them and at least 20 deaths. The coronavirus has spread at more than twice the national rate in US counties with major meatpacking plants in the first week after he issued the order, according analysis of data compiled by Johns Hopkins University.

In Europe, poultry meat and egg producers warned of an oversupply of produce in the EU unless imports to the bloc were limited. Poultry meat is piling up and freezers all over the EU are already full said farming groups, who fear a price collapse. Thailand is looking to increase chicken meat exports to the EU and UK through free trade deals after its own domestic consumption dropped by 50%.

China increased live cattle imports in the first months of 2020, mainly from Australia and New Zealand. The country has been increasing its national cattle herd with almost 200,000 animals imported last year. However, beef production remains far below domestic demand.

Tyson Foods – one of the largest meat producers in the US – is facing legal action over the release of 200,000 gallons of insufficiently treated wastewater into a river in Alabama last summer, which killed fish and other wildlife. Tyson Foods issued a public acknowledgement of the spill last year.

Meanwhile, the US chicken sector has recorded its first case of highly pathogenic avian influenza (HPAI or “bird flu”) in three years. More than 50 million chickens and turkeys were killed in the US after an outbreak of HPAI in 2014/15. 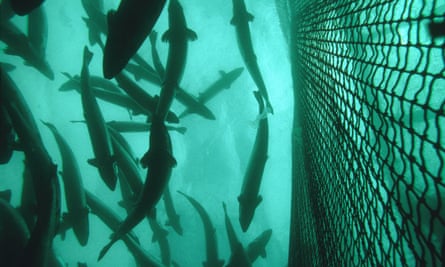 Global warming is increasing antibiotic use on fish farms, with higher temperatures promoting the development of disease. This in turn is leading to the development of antimicrobial-resistant bacteria in aquaculture, suggests a study published in Nature.

Any potential reforms of the EU’s farm subsidy programme (CAP) will now be delayed by up to two years, as negotiations continue. A new CAP had been due to start in 2021 but has been delayed by Brexit negotiations, budget disagreements and now Covid-19.

And the Irish government has launched what it claims is the world’s first grass fed standard. To qualify, cows will need to have a diet that is a minimum of 90% grass. The standard will be run by Bord Bia, the Irish Food Board.

News from the UK

The collapse in food service and hospitality sales will leave beef and lamb sector with massive losses from a lack of markets for higher value cuts such as loins and fillets, farming groups have said – the situation is the same in the US. In a double-whammy for UK producers, feed prices are reportedly rising due to restrictions on the global feed trade.

Organised criminal gangs are targeting the livestock sector by stealing sheep and illegally slaughtering them, with farm insurance experts reporting an increase in sheep rustling during the Covid-19 lockdown. NFU Mutual has said that farm animals worth GBP3m were stolen from UK farms in 2019. 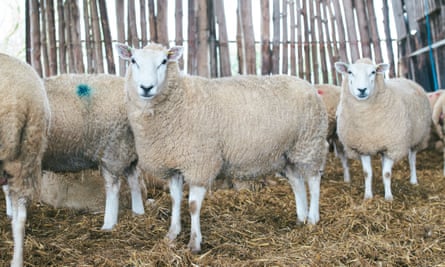 Physical inspections of farms to ensure they are complying with animal welfare and other standards have been stopped and replaced with virtual ones instead. The RSPCA and the industry assurance scheme Red Tractor are among those rolling out live streamed farm audits.

Outbreaks of Covid-19 at slaughterhouses have been reported in the US, Ireland, Australia, Germany, Brazil, Canada and Spain. The cases are being blamed on a combination of crowded working conditions, workforces that are often made up predominantly of migrant workers living in communal housing, and the fact that meat plants have remained open during the crisis.

In Ireland, a third of workers at one factory tested positive for the virus. Workers at other meat plants, who spoke to the Guardian on condition of anonymity, said they were frightened of contracting the virus, and expressed deep concern that social distancing was not being enforced on some factory floors.

In the US, animal welfare groups have expressed concern over how farm animals would be killed as a result of bottlenecks in the meat supply chain. At least two million animals have already reportedly been culled on farm, and that number is expected to rise. Approved methods for slaughtering poultry include slow suffocation by covering them with foam, or by shutting off the ventilation into the barns. 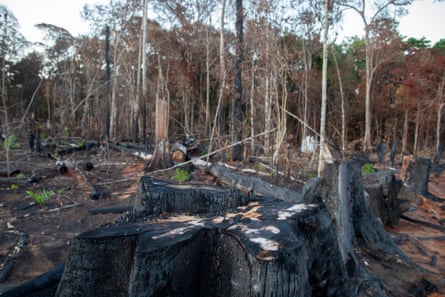 The welfare of millions of cattle, sheep and goats exported from the EU is being put at risk by failings including heat stress, bad planning and a lack of information from the destination country, a new European commission report has found.

There is growing pressure on meat companies to prevent them buying from Amazon farmers facing fines and embargoes for illegal forest fires. A Guardian investigation in state of Para has revealed the loopholes that allow deforestation to be legitimised.

Quote of the month

Working in a poultry factory in Arkansas, Sophia (who did not want to use her real name out of fear of retaliation), talks about her fears during the Covid-19 outbreak. She said:

We are all standing close together all the time. I’m afraid. It’s not only about the line. When we finish our shift, or we come in to start, we all come in together through the same doors. If one of us gets sick, all of us get sick.

We want to hear from you about your experiences and stories from inside the farming industry. Please get in touch. You can contact us at: animalsfarmed@theguardian.com.

Country diary: when life becomes a matter of eat or freeze

Dear America, we too have seen red skies in Australia and we can tell you...

What else happened as coronavirus swept the globe